Below is the information about my grammar school friend named Adolf (Adolph) Koziol. We had a secret crush on each other but were too young. I remember him until today. He was a Green Beret as I commemorate this Nov. 11 Veterans Memorial Day. 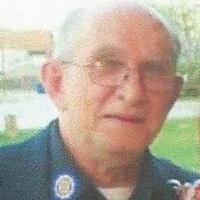 February 13, 1947 – December 26, 2016. Share this obituary
Adolph Roman Koziol, age 69, of Lynwood, Illinois passed away December 26, 2016. He is survived by his loving wife Francine (nee Blaszczyk) Koziol of 45 years, cherished father of: Jason Koziol and Kimberly (Hal) Bowles. loving son of Louise Koziol, fond brother of Bogdan (Sylvia) Koziol, loving uncle to many nieces and nephews, and brother-in-law to Jerry (Donna) Blaszczyk. and brother-in-law Robert Jachim. Adolph was preceded in death by his father Adolph Koziol, nephew Adam Koziol and sister-in-law Maryann Jachim. Funeral services will be held Monday, January 2, 2017 at 11:00AM, at the Schroeder-Lauer Funeral Home, 3227 Ridge Road, Lansing, Illinois with Deacon Jim Renwick officiating, interment private. Friends may visit with the family on Sunday, January 1, 2017 from 2:00 pm until 8:00 pm at the funeral home.

Adolph was employed at US Steel South Works and Viking Engineering. He was a proud member of American Legion Post 697 and he was employed and a member of Millwright Union Local 1076. He served in the United States Army in the 82nd Airborne Division and as a Green Beret.

Yet England imprisoned White parents, Adam Thomas (22) and Claudia Patatas (38), who were frustrated at the jewish and muslim takeover of their country. All laws against Whites. Why did the government punish them? They chose the “middle name” for their baby as Adolf. I’d put the link here but jews and their ilk attach problems to it and don’t want to cause you any more pain but to comfort and heal. My book shows World War II was fought for Whites to have healthy babies. If it’s not so, let’s debate, and exercise the last remnants of freedom of speech. The English government stripped her of her baby and punished her with prison. Also, destroyed the father’s life. Two more White persecuted martyrs. The swastika is a sign of fertility and good fortune. I write about wars from a wife’s point of view of a veteran who suicided. Last words in 2004: No help for the White man. I changed history for their rights now I demand rights to freely find an editor, publish, and distribute our book.