I’d like to be a genius and wish it for all Whites! Of the 4 top races: Jews from my Poland smartest, Yellows second, Hindus third, and bottom is Whites. It’s time we define new education not anti-White education we have today, and then implement it 24/7. It may take 1,000 years, but today is a good day to start.
Following his arrest in May 1945, he was taken to the United States Army Disciplinary Training Center, north of Pisa, where he suffered three torturous weeks in a six-foot-square outdoor steel cage with a concrete floor. Apart from the solid roof, the cage offered no protection from the elements and Pound was exposed to blazing heat during the day, with floodlights illuminating his cage at night. After two and a half weeks he, reportedly, began to break under the strain. He was punished for “freedom of speech and truth” sent to mental hospital and transferred to St. Elizabeth’s mental hospital for 12 years, Washington DC.

“In 1954, Ernest Hemingway said it was a good year to release poets.”
Autobiographically speaking, Sister Mary wrote a box full of original long uplifting poetry, which she read on the air for 10 years on Jew Eddie Schwartz’ radio show. He seduced her after a radio gathering. (See below how he writes of intimacy with the nursing home nurses. Jews think it a big joke to rape or seduce White women as in my Poland 1251 and Germany after Jews took over Germany, World War I.) Sister’s Italian husband found out and took loaded gun to Jew’s head. But Jew “outsmarted” him and bribed him with one free year of advertising on radio station for his Italian Restaurant and Pizzeria. Tony broke and accepted. Soon after the “free” commercials, two men bought in to the restaurant, but only did it to “oust” my brother-in-law from his own business since they had 2/3 ownership. Remember an old saying “For everything White man’s business there are 2 Jews to steal it from him.”
How it affected my White sister, mental hospital, like Ezra Pound, 5 times, shock treatments, while the Jews laugh all the way to the bank.
Here’s clip on Eddie Schwartz, Jew, and his cruel obsession with non-Jew women:
“From a bed in a second-floor room of Ballard Nursing Home in Des Plaines, Ed Schwartz-a.k.a. Chicago Ed, the former king of late-night radio-announces visitors as if they were guests on his old show. His delivery is slow, breathless, and squeaky, a Schwartz trademark. “I have here, standing before me, two nurses,” Schwartz pronounces. And a while later: “And now, my physical therapist, is standing in my doorway, with a smile.” 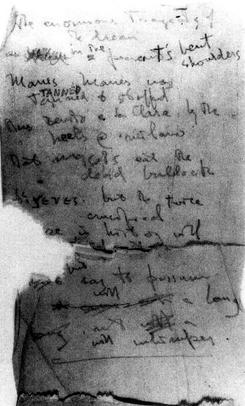 Ezra Pound writing on toilet paper suggests started to write in Steel Cage like a White man in the zoo not watching the animals but in it for the 92% of the world’s non-Whites to see as we become an endangered species. Next time, extinction. Placed in Natural History Museum, along with Pro-Magnon Man, Neatherderthal, White Man/Woman.

“You let in the Jew and the Jew rotted your empire, and you yourselves out-jewed the Jew. Your allies in your victimized holdings are the bunyah, you stand for NOTHING but usury.

complicit peers.
On Jews and their imps, usury. Read at Harvard.

“He wrote in The Japan Times that “Democracy is now currently defined in Europe as a ‘country run by Jews,'” and told Oswald Mosley’s newspaper that the English were a slave race governed since Waterloo by the Rothschilds.
(As I protested Jew only Holocaust museum, which excludes #1 victim,  my Polish, I did it as a sense of responsibility towards Whites, Christian version of Holocaust, revised version, and the USA who pays for it.) He traveled to Washington, D.C. where he met senators and congressmen. His daughter, Mary, said that he had acted out of a sense of responsibility, rather than megalomania; he was offered no encouragement, and was left feeling depressed and frustrated.[106]
In June 1939 he received an honorary doctorate from Hamilton College, and a week later returned to Italy from the States and began writing antisemitic material for Italian newspapers. He wrote to James Laughlin that Roosevelt represented Jewry, and signed the letter with “Heil Hitler“.
https://en.wikipedia.org/wiki/Ezra_Pound
(Autobiographically speaking, my White Poland, where all Jews come from, worse slave race in history 1025-1945, now those Jews are here in USA.)

On Jewish usury, which even Jesus Christ whipped them out of the temple for, and was banned in Christian countries. Now rules White Race, USA, all White Countries and probably World. 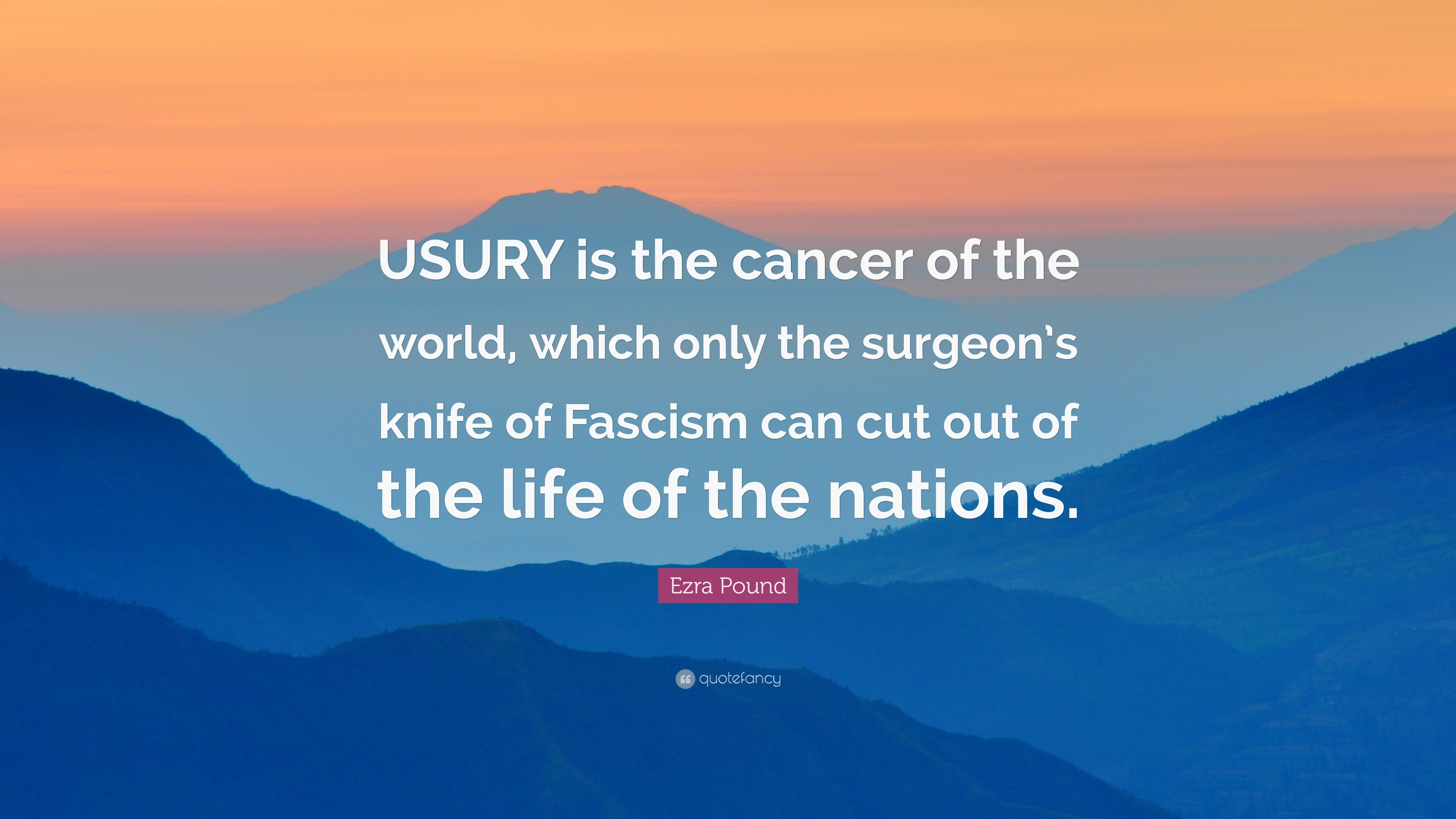 Pound wrote by British fascist, also on my White Race Pioneer list, Sir Oswald Mosley.
My autobiography is deep. I had to dig, dig, dig above the superficial reality created and branded on Whites by Jews, and relive my horrible past as a White Polish-American slave for Jews. Nothing less than the 40,000 pages of writing could have made me “understand” and attempt to “write a deep book.” Yet hard to convey since all we know are Jewish books, for they ban or burn any others. Even the thought of it.
Ezra Pound arrested for treason in Italy blaming US involvement in World War II and blaming Jew for creating war (White Veterans) and Jew usury. All these Whites suffered horrendously for “Jew rights” to move their entire population from their 1,000 year home to USA.
Jew Wiki (figures could be higher: “Over 16.5 million men and women served in the armed forces during World War II, of whom 291,557 died in battle, 113,842 died from other causes, and 670,846 were wounded.”

Poland waited for someone to set the free: Adolf Hitler and Nazis. All Jews come from my Poland and they were moved en masse to USA. Are the Whites waiting for someone to “free them?” 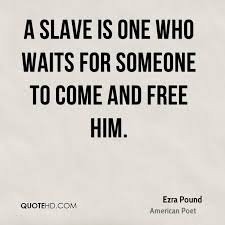 I’d like to be a genius. My autobiography and other website says where the ordinary impersonator saw one character and bought costume, I saw and exhibited 258 with self-made costumes, used to entertain consciously, what I saw was a dying White race.

When one is different, one is surrounded by people who generally oppose him, whether silently which I feel sometimes, or directly. The mind the White Species has is that which Jews molded 24/7 through media. Since I never had it, it seems there’s no possible communication. I can’t understand this reality nor can it understand me. And that’s ok.

Autobiographically speaking, my Vietnam Veteran Purple Heart, fought the Communist Jews and Communist Chinese in bloody battle of Vietnam. It destroyed him in suicide. Jews took over the USA while they moved the entire White male population to Vietnam to be pulverized, and did the same to the Veterans when they came back home. It was done to have Jew Revolution against White Europe and USA and gain total control of us as they destroy us 24/7.

Autobiographically speaking, I’ve written much on the Federal Reserve Bank since I worked there 1966 and is run today by Jewess Janet Yellen. Just think, if Whites developed their own, it’s a far stretch, but perhaps I could be running the Federal Reserve.
“In 1949 Pound’s wife, Dorothy, introduced him to Eustace Mullins, who was then working at the Institute of Contemporary Arts. They soon became friends, with Mullins being a regular visitor to St. Elizabeths. It was during this period that Pound asked Mullins to research the Federal Reserve at the Library of Congress. Initially, the project held little interest for Mullins, but he quickly realised the importance of his research. Pound encouraged Mullins to “work on it as a detective story”, the results of which were published in 1952, entitled Mullins on the Federal Reserve, and later retitled The Secrets of the Federal Reserve.”
From his friend, Eustace Mullins. White Species or USA people never received the benefits of this bank:

(National Vanguard) In New History of the Jews (1968) Mullins writes about Byzantium and the conclusions Pound drew from the relationship between the Byzantines and the Jews:

Throughout the history of Byzantium, as it was known, by imperial edict, no Jew was allowed to hold any post in the Empire, nor was he allowed to educate the young. The Byzantine Empire finally fell to the Turks after twelve centuries of prosperity, and the Jews have attempted to wipe out all traces of its history.
Yet its edicts against the Jews were not cruel; in fact, the Jews lived unmolested and prosperously in the empire throughout its history, but here alone the vicious cycle of host and parasite did not take place. It was a Christian civilization, and the Jews were not able to exercise any influence. Nor did the Orthodox priests bewilder their congregations with any vicious lies about Christ being a Jew. No wonder the Jews want to eradicate the memory of such a culture. It was Ezra Pound who launched upon a study of Byzantine civilization, and who reminded the world of this happily non-Jewish land. From the Byzantines, Pound derived his no-violent formula for controlling the Jews. “The answer to the Jewish problem is simple,” he said. “Keep them out of banking, out of education, out of government.”